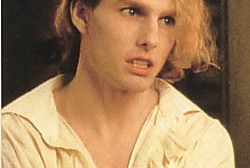 Days before Albert Einstein died, he visited a hospital with complaints of fatigue. The doctors found nothing wrong, but they took blood samples to test as a precaution.

A week later, a janitor known as Mr. Bob was cleaning out old blood samples from the refrigerator. Among the samples was a jar labeled A. Einstein. Mr. Bob was no scholar, but he knew enough to know the owner of the blood. And he knew that the owner had recently died.

Out of respect for the dead, Mr. Bob did not tell any of his friends or any of the hospital staff about his discovery. And out of reverence for the deceased, Mr. Bob could not bring himself to dispose of the blood according to hospital protocols (which, in those days, meant pouring the blood down the drain and cleaning up any spills). For several days the blood was chilling safely in the  back of Mr. Bobs’ refrigerator, placed with respectful distance away from the milk and the flank steak.

Later, when that flank steak was being consumed, Mr. Bob was looked for steak sauce or ketchup, at least (he was not a picky eater). The refrigerator was nearly bare – even the milk was gone. But the blood was still there. And it looked lonely in the  fridge. And the flank steak was a bit dry and tough. And how different is blood from steak sauce anyway? They’re both red and salty. And besides, Mr. Bob thought, perhaps Mr. Einstein’s blood will make me just a little bit smarter.

Mr. Bob poured Einstein’s blood on top of his flank steak. He sliced off a thick chunk of steak and tasted it with a great deal of anticipation. The steak was still tough, and the blood contrasted unfavorably to what remained of the steak’s juices. Mr. Bob was sure he had made a mistake; Einstein’s blood did not taste good, and Mr. Bob felt no smarter. Or maybe the effects took time to develop; perhaps it took four years to take effect. Like college. Yes, this was like college. And he was learning from the best.